Just TWO MORE DAYS Until The Price Goes Up! 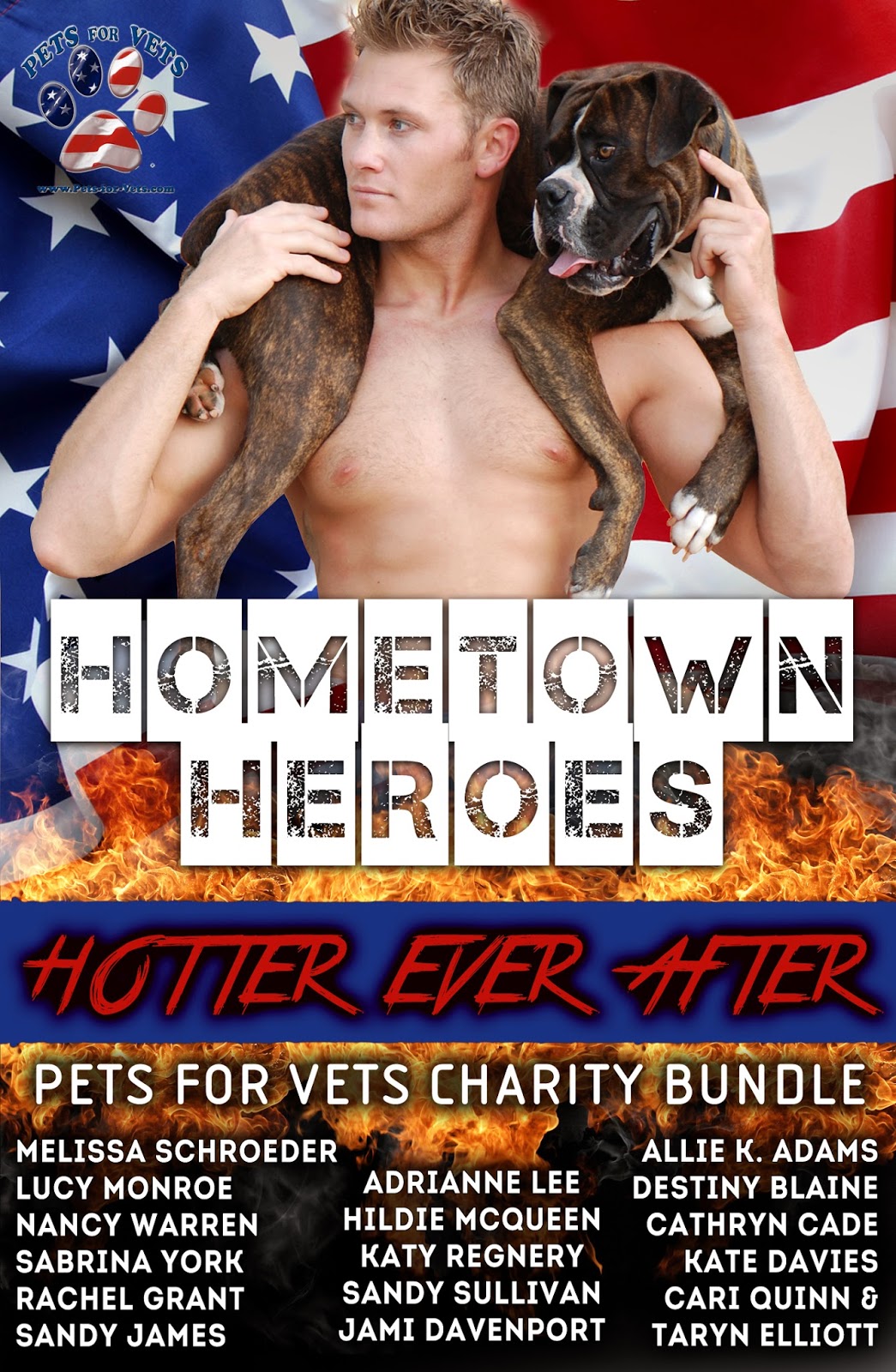 Hometown Heroes: Hotter Ever After
Amazon | Barnes and Noble | iBooks | Smashwords | Kobo
Have you picked up a copy of Hometown Heroes yet? If not, better do it soon - the price goes up Saturday, November 1!
It'll still be a great bargain, of course, with 16 full length novels included, and all proceeds going to Pets for Vets. But if you want to snag it for the crazy low price of $1.99, time is running out. So don't delay!
~~~~~~~~~~~~~
They’re all hometown heroes, guys from small towns who’ve made a name for themselves, big or small, who’ve withstood the odds and risen to the challenge, who are heroes in their own right.

A LITTLE HARMLESS SEX by USA Today author Melissa Schroeder--When Anna falls for her best friend Max, it might be true love, or the biggest mistake of her life.

CHANGE THE GAME by USA Today author Lucy Monroe--Alex is looking for revenge. Isabel is looking for a relationship without those pesky things called emotions. Neither will get what they're looking for, but a whole lot more!

WILD RIDE (Changing Gears, Book 1) by USA Today author Nancy Warren--Trouble is piling up in the small town of Swiftcurrent, Oregon with hints of a treasure missing since WWII, a motorcycle riding bad boy history prof, a sexy librarian and a murder. It all adds up to a very Wild Ride.

HEARTBREAK ON A STICK by USA Today and New York Times author Sabrina York--When the man who broke her heart ten years ago suddenly returns to town—a hot shot movie star—Gina Fox is determined to avoid him. But for some reason, Jason Sherwood is pursuing her again.

MADRONA SUNSET by bestselling author Jami Davenport--Meet a wounded warrior suffering from paralyzing guilt and a woman pining for her dead husband--both damaged souls craving comfort for a moment or a lifetime.

BRACE FOR IMPACT by bestselling author Allie K. Adams--Bush pilot Reid Cavanaugh’s life is turned upside down when he takes a fare that ends up driving his plane into the ground and him into the danger surrounding her.

HONORABLE SACRIFICE by bestselling author Destiny Blaine--Hired to protect an affluent family with embarrassing secrets, Audra McAllister reconnects with a small-town hero willing to risk everything to win Audra’s heart.

SHE'S WORTH IT ALL by bestselling author Cathryn Cade--Mase Barnett is a hometown hero with a secret. Natalie Cusco has a broken heart only a strong man can heal. Will this wounded hero risk everything to show her she's worth it all?

DECEIVING DANTE by award-winning author Kate Davies--A stolen car on her front lawn. A sexy cop - looking to arrest her favorite student. A principal ready to fire her. Could Ellie's Monday get any worse?

ROCK, RATTLE AND ROLL by USA Today bestselling author Cari Quinn and bestselling author Taryn Elliott--A beachfront cottage, hours of alone time, and plenty of skin-on-skin action is just what the rock star and his new wife ordered—until the future comes much quicker than they expected.

GRAVE DANGER by Golden Heart finalist Rachel Grant--An archaeologist digs up a murder victim in a Northwest archaeological site and must help the hunky local police chief solve the crime before she becomes the next victim.

TURNING THIRTY-TWELVE by award-winning author Sandy James--Jackie Delgado didn't want a new man in her life until a dreaded blind date with detective Mark Brennan turns out to be more exciting than she'd ever imagined.

HIS ONLY DESIRE by Adrianne Lee-- Nick Rossetti married the wrong twin sister. Will the right one ever forgive him?  Not if her stalker has his way.

EVEN HEROES CRY by Hildie McQueen--War widow Tesha Washington slowly draws Adam Ford out of the shell that used to be a man, and learns there really is such a thing as starting over.

THE VIXEN & THE VET by bestselling author Katy Regnery--In a Beauty & the Beast reboot, an ambitious reporter tracks down a wounded war vet for a scoop and ends up falling in love with him instead.

TROUBLE WITH A COWBOY by Sandy Sullivan--Can some slashed tires and an ornery bull bring two hard-headed people together for some fun in the sun...and a little more?
Posted by Kate Davies at 8:24 AM No comments: 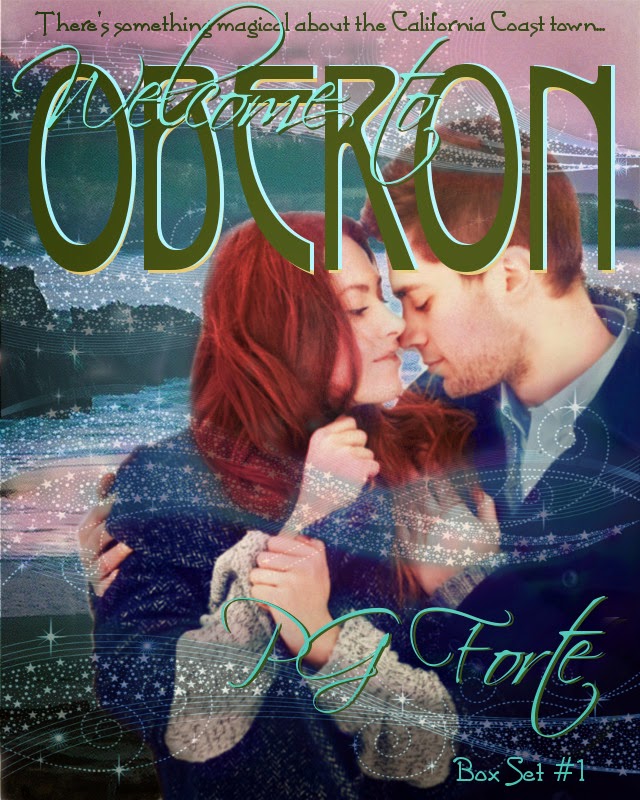 There’s something magical about the California Coast town. Oberon’s idyllic setting makes it a perennial favorite with tourists, but danger lurks beneath the bright surface and things there are seldom what they seem. Visitors and residents alike find their lives forever changed by mystery, romance and intrigue.
Contemporary romance meets magic realism in this engaging series by PG Forte. This first set,Welcome to Oberon, contains three full-length novels. While each book can be read on its own, you’ll want to return again and again to visit with the friends you’ve met within their pages.
Book One: Scent of the Roses
Twenty years ago. When a slumber-party prank goes awry, magical forces are unleashed that will permanently impact the lives of four teenaged girls.
Exiled from Oberon when she was still a teen, Scout Patterson has been trying ever since to distance herself from the mistakes in her past.  Now, she's finally coming home--to face the ghosts she has never laid to rest, and the love she thought she'd lost forever.
Memories of the girl he loved and lost have haunted Officer Nick Greco for years, along with his dreams of what his life would be like if she’d only return.  When Scout’s homecoming is followed by a reoccurrence of deadly attacks, Nick must solve an all-but-forgotten crime or risk losing her again—this time for good.
Book Two: A Sight to Dream Of
Life in Oberon, California, fondly referred to as ‘Psychic Central’ by its inhabitants, is not all white light and fairy dust. Nobody knows this better than resident psychic Marsha Quinn. Marsha’s used to being called a witch—her abilities have always made people uncomfortable. But, no one has ever called her an angel...until now.
Sam Sterling is a very practical man. New to Oberon, Sam doesn’t believe in things like Fate or Destiny; and he certainly doesn’t believe in Magic! But, faced with a partner who’s trying to kill him, a pending investigation into his business affairs and a nosy reporter threatening to blow his cover sky-high, Sam knows he’d better start believing in something fast.
It's going to take a miracle to save him. Or, better yet, one very special angel.
Book Three: Sound of a Voice That is Still
It’s winter in Oberon, the perfect time for casting spells, for interfering in each other’s lives, and for falling in love. As winter drags interminably on, Ryan Henderson finds himself desperate for distraction—anything that might take his mind off the injury that he suffered four months earlier in the line of duty, and which is now threatening to sideline him permanently.
Siobhan Quinn could give the injured officer a lesson or two in living with pain.  It’s been ten years since the tragic accident that robbed her of her family. She’s learned firsthand how grief can cripple a soul and drive a sane mind over the edge.
When danger from Siobhan’s past resurfaces, she and Ryan will have to make a choice: help each other heal, or die trying.
Only .99 for a limited time only.

Book BIN Tuesday - All Messed Up by Kelly Jamieson 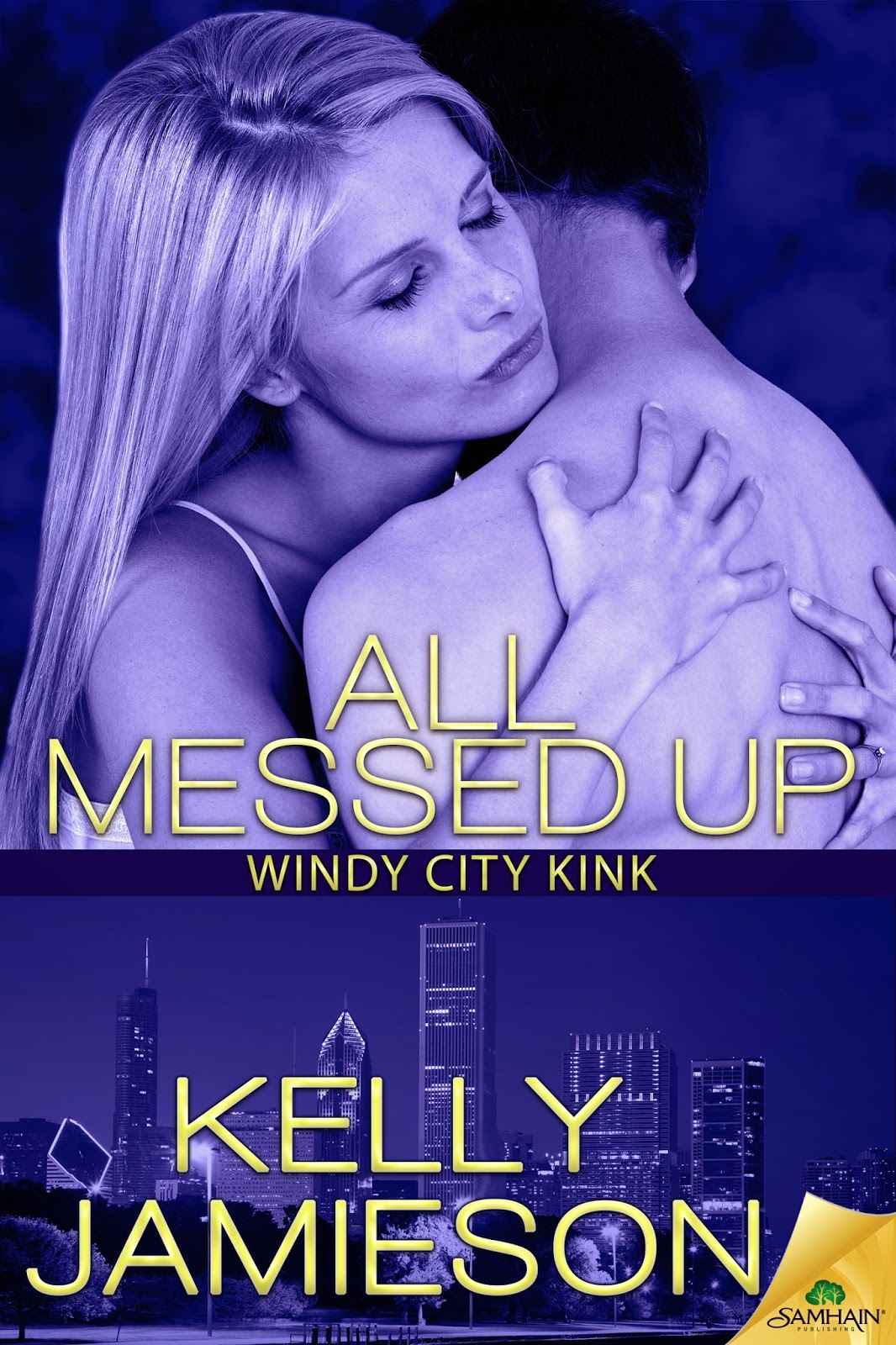 If he’s a mistake, she’s ready to make him her favorite mistake.

Mallory Hurst has tried to live a life that makes up for past mistakes. But now she faces a huge ethical dilemma. Her pharmaceutical company’s unapproved, off-label use of a medication puts lives at risk, and her protests have fallen on deaf ears.

Hoping a trip home will clear her head, she boards a plane for California. And strikes up a conversation with a handsome stranger.

Joe Mason recently learned that the man he’s called father all his life…isn’t. At least that explains why he never measured up to his older brothers. Flying to meet his biological father for the first time, he meets a sleek, sexy woman who makes him want to mess up her perfect hair.

Shared conversation leads to a shared drink between flights, then when their flight is canceled, a shared bed overnight—where their rush of attraction explodes into a night of much-needed kinky fun.

Yet a night of hot, messy sex won’t fix anything—in fact, blowing off steam could have blown their lives all to hell…

Posted by Kate Davies at 7:49 AM No comments: