Happy birthday to Eric Sheffer Stevens, my Current TV Crush and one of my fave actors ever. (Yes, I know I only discovered him a couple of months ago. Still. He's that good.)

To celebrate, here's a video created by the talented bunchoflemons, as part of her Dr. Reid Oliver cartoon saga. The whole series is brilliant - check them out on her YouTube channel.


This week, As The World Turns will be ceasing production. (Though the show runs through September 17th, filming ends a few months early.) I'm sure Eric will continue to find success as an actor, be it on screen or on stage. I'll definitely miss his performances as Dr. Reid Oliver once the show goes dark, though. And I'm wishing I lived closer to Vermont, so I could catch his performance as Benedick (opposite his wife Jenny as Beatrice) in the Vermont Shakespeare Company production of Shakespeare's Much Ado About Nothing, coming this August. If you happen to live close enough, you should definitely check it out!

So, question of the day: How far would you travel to see your favorite actor/performer? Or, if you've already made that trek, what's the furthest you've traveled for a favorite?
Posted by Kate Davies at 12:00 AM 3 comments:

Two of my fellow Nine Naughty Novelists have books out from Samhain this week, and even though I'm behind in posting this, I wanted to give a shout out to them for their fabulous new reads! Some rules just beg to be broken.

Danika Steffen can take care of herself. Watching her mother slowly succumb to muscular dystrophy convinced Danika that total independence is the only way to go. Anything that needs fixing, she’s got the tools. So what if she’s never had an orgasm. No one really needs one, right?

Sam Bradford is good at two things: his job as a paramedic, and seducing women. Being dependable? Not so much. Losing his father at age fifteen tore a permanent hole in his life, and now he’s determined never to let anyone need him that much. Enjoying women, though, is definitely on the menu. As long as they understand his unbreakable rule: one night only. Until a date with Danika Steffen ends not in her bed, but with a trip to the ER.

Danika may have a broken wrist, but Sam’s the one suffering…an intense case of guilt. And instead of doing things to her, he only wants to do things for her. Which would drive her crazy if not for the sneaking suspicion that Sam needs a little TLC too. And damned if she doesn’t want to be the one to give it…

Warning: Contains an I’ll-do-it-myself girl who can fix anything, a commitment-phobic guy who can’t fix anything, and a whole new way to look at butter. Yes, butter.

Next, take a peek at Dark Obsession by Sydney Somers: 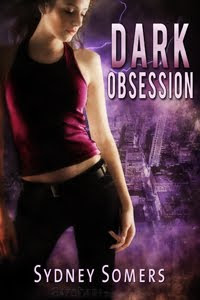 Demon slayer Rae McAvoy refuses to let anything stand between her and getting the job done. Especially her ex. Loving Parker nearly destroyed her, and if partnering with him one last time means he’ll be reassigned and out of her life for good, bring it on.

If Parker was the only threat to her heart, tracking down one rogue scientist would be a snap. Except the scientist in question is Rae’s father, and his experiments are hitting much too close to home.

Parker Walsh hasn’t forgotten the passion that once burned between them, and he’s determined to remind Rae every chance he gets. But giving in to more than just lust could mean surrendering to the darkness inside him—the same darkness that once drove her away.

Riding the edge of their rising desire pushes them to the breaking point, until an explosion of passion raises the stakes even higher. Especially when long-buried secrets force them to break the last links to their past—or else be consumed by an obsession so dark it could tear them apart for good.


So there you have it! Two great books, on sale this week at My Bookstore and More. Why not drop by this weekend and Buy Them Now?
Posted by Kate Davies at 11:22 PM No comments: 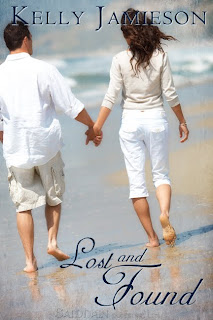 I've been anxiously awaiting the release of this new book by Kelly Jamieson. Here's a peek!

To find happiness, first you have to find yourself.
Krissa has always been the responsible one. Driven to fulfill her mother’s abandoned dreams, to make her husband Derek happy. She’s brought that single-minded determination to the one dream she has for herself—a child. Except she and Derek can’t conceive, and Derek refuses to consider using a stranger’s sperm. The result? Guilt that her desperation is causing their marital rift.

The last thing they need is a long-term houseguest, but Derek’s best friend Nate, a nomadic photographer recovering from a career-threatening eye disorder, has nowhere else to go.

Nate thought his friends’ home would be a temporary haven from the grief that has dogged his heels since his wife died. Instead he’s in the middle of a marriage in meltdown. Soon their friendship develops an underlying hum of forbidden sexual tension. When Krissa proposes a wild idea—that Nate be their sperm donor—Derek has an even wilder proposal: bypass the fertility clinic and accept Nate’s donation straight from the source.

At first, Krissa believes she’s on the fast track to having her dream. But it quickly becomes clear that when the heart gets involved—and secrets are revealed—the simplest of arrangements can become entangled beyond belief. Or repair…

Sounds great, doesn't it? So why not head over to My Bookstore and More and Buy It Now?
Posted by Kate Davies at 9:28 AM No comments:

And the Winners Are...

Hey! It's Friday, the weekend is almost here (with a fastpitch tournament to take every available moment, but hey, hopefully it won't rain, right?), and I'm ready to announce the winners of the contests from the past two weeks. So, without further ado, here they are:

Winner of the RT Tote Bag and assorted goodies:

Winner of the autographed copy of Knight of Passion by Margaret Mallory:

Congrats! Please contact me off-blog with your address so the pressies can be shipped to you. And thanks for stopping by the blog!
Posted by Kate Davies at 12:04 AM No comments: