Guest Blogger Kelly Jamieson - For The Love of Hockey! 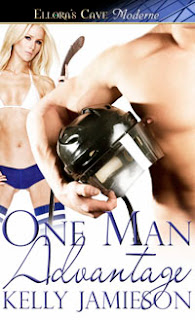 I grew up watching hockey with my mom and my grandma (her mom) on television every Saturday night – Hockey Night in Canada. Strangely my dad wasn’t all that interested in hockey and used to nap on the couch during games. As a teenager, my first boyfriend played hockey and I used to go watch some of his games. He also liked to go to live games, and our local team was the Brandon Wheat Kings (yes, we lived on the prairies J). I remember sitting in the Keystone Centre watching the Wheat Kings while my boyfriend patiently explained what icing was, why they just gave a penalty and what made a play offside. I think I tried to be interested mostly because I wanted him to like me, but it somehow turned into a real love of the game!

When I started writing romance, I wanted to write a story with a hockey player hero, but hesitated because I kept hearing you shouldn’t write about heroes who are professional athletes. Athletes are big and muscular and strong. When they’re successful,  they’re confident, wealthy and famous. Are these heroic qualities?


Well, big muscles and a sexy smile are important for a romance hero, but qualities of determination, passion, loyalty, dedication, sacrifice and courage are important for heroes too. And don’t professional athletes have all those?


One Man Advantage, out today, is the third book I’ve written with a hot hockey player hero. Logan Heller is the younger brother of Jason (Breakaway) and Tag (Faceoff). While he’s a talented hockey player in his own right, it wasn’t easy following in the steps of such superstar older brothers.


But a hero is brave enough to face his insecurities and flaws and steps up when life is difficult. In One Man Advantage, Logan gets traded to a new team and even though he knows it’s part of the business and not personal, it still feels like a punch in the gut. He’s faced with starting over, with a new team, in a new city. He feels bitter and resentful and it would be tempting to let those feelings out, to whine and complain. But that’s not the kind of guy Logan is. And when he falls in love, he’s the kind of guy who sacrifices his career to protect the woman he loves, even when she’s stomping all over his heart because of her own insecurities.


Here’s the blurb for One Man Advantage:


After her ex trashes her reputation in front of the media and it quickly goes viral, Nicole vows she’ll never get involved with another hockey player. Too bad her job with the Minneapolis Caribou puts her in contact with sexy hockey players on a daily basis, including the newly traded center, Logan Heller. Logan’s pretty sure Nicole is the perfect woman for him and he’s determined to have her—in and out of bed. Nicole is equally determined to never date another hockey player. But Logan has a one man advantage...he knows what she really wants.


Kelly Jamieson is a best-selling author of over twenty romance novels and novellas.  Her writing has been described as “emotionally complex”, “sweet and satisfying” and “blisteringly sexy”. Where you can find Kelly:

Posted by Kate Davies at 6:36 PM No comments: 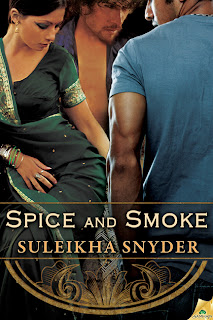 You guys. YOU GUYS. I am so excited about this release, I can't even.

Bollywood? Forbidden passion? I'm so there. And you should be too! Just check it out:

When the cameras stop rolling, the real scene begins.


To their adoring public, Avi Kumar and Trishna Chaudhury are Bollywood’s sweethearts. Behind closed doors, their open marriage lets them freely indulge in all manner of forbidden passions. The arrangement suits them both, but as they begin filming on the set of their new movie, the heat of new and rekindled flames singes the pages of what they thought would be a fresh script.


When costars Michael Gill and Harsh Mathur arrive on set, the sexual temperature goes up exponentially—at least for Trish. She can’t take her eyes of Harsh, for whom she’s carried a torch for years. Avi’s instant attraction to Michael, however, bounces off Michael’s solid wall of resistance.


Meanwhile, ex-boyfriends Vikram Malhotra and Sam Khanna, cast as fictional enemies, are finding it harder and harder to control the very real demons that once cost them the love of a lifetime.


Once the music starts, though, they all have no choice but to dance . And pray the fallout doesn’t ruin all their careers…and destroy their love. 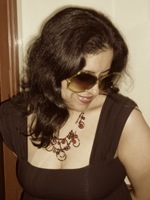 
FAVORITE WRITING STORY/SAYING/MEMORY: “Brevity is the soul of wit,” from Shakespeare’s favorite windbag, Polonius. I can’t tell you how many times I’ve said it — both to myself and to people whose (nonfiction!) work I’ve edited. Whether it’s short, sweet, sexy or funny, never underestimate the effectiveness of getting right to the point.


FAVORITE NON-WRITING STORY/SAYING/MEMORY: I’ve never watched the U.S. version of The Office, so I don’t even know where I might have picked it up from, but I say “That’s what she said!” way more than is advisable. I overuse it to the point where some friends of mine have suggested I write a TWSS moment into a novella. (Don’t worry: I haven’t managed to fit one in yet.) (That’s what she said!)


COMFORT READ: A Ring of Endless Light, by Madeleine L’Engle


YOUR PERFECT DAY: Starts with coffee and ends with a smile.


WHAT ARE YOU WORKING ON NOW?:  I’m currently working on the sequel to Spice and Smoke, Spice and Secrets. It’s a multicultural contemporary romance. Two couples — a pair of former sweethearts and a fiery talk show hostess and her producer — must work through lies, misgivings and past relationship baggage in order to find love. I also have a couple of other Bollywood/South Asian-themed romances up my sleeve. Let’s just say that I’m realllly excited about 2012!
Posted by Kate Davies at 12:16 AM No comments: