Book BIN Thursday - Getting Over It 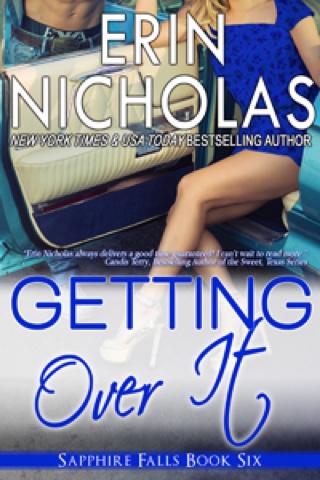 Hailey Conner has been driving Ty Bennett crazy for years. And vice versa. It’s kind of their thing. But Ty is ready to make their thing into something more. And he’s moved in next door to make it happen.

But is he really ready?

Ty loves the confident, sassy, sexy mayor’s Ice Queen act...because he loves making her melt. But he soon finds there’s more underneath all that frostiness. And things are about to come to a full boil...

It's a new Sapphire Falls! Gotta go Buy It Now!

Posted by Kate Davies at 7:22 PM No comments: Sex may sell, but their deal doesn't include love...

Account Director Sloane Granderson has been given her orders by the CEO--tone down the antics of the “Brew Crew”, the guys at Huxworth Packard Advertising who work on their biggest account. Sure, they're all puffed up, strutting egos, but they're also the best and brightest creatives in Chicago. Including the newest recruit, disturbingly attractive Levi Wolcott.

Award-winning copywriter Levi is pumped to have been headhunted to Huxworth Packard to work on the beer account. But he's not off to a good start when he and Sloane first meet in an embarrassing encounter in a hotel hall, and the Brew Crew's merciless new-guy hazing doesn't improve his shaky first impression. Even worse, Levi can't ignore the intense attraction he has to Sloane.

Despite their mutual “hell no” when it comes to love, a moment of weakness makes Sloan and Levi believe business and pleasure can be kept separate, and maybe a little harmless sex isn't that dangerous.

Or maybe it's as harmless as a bomb with a lit fuse...

Warning: This book contains a hero with an award-winning, panty-melting vocabulary intent on the hard sell, and a take-charge businesswoman who doesn't mind giving up control in the bedroom...and thinks panties are overrated, anyway.

Video of the Week - The Martian

Because Chiwetel is in it. Also, it looks interesting! http://youtu.be/Ue4PCI0NamI
Posted by Kate Davies at 11:18 PM No comments:

Meg Benjamin has a new book out, y'all! 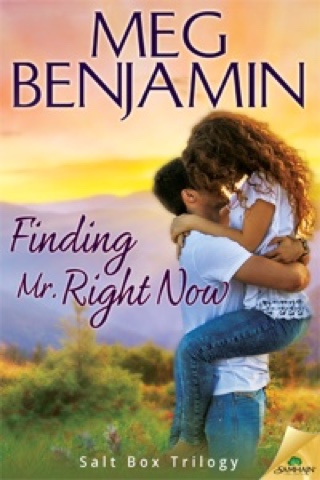 Reality can be hotter than fiction.

Monica McKellar, associate producer of Finding Mr. Right, is desperate. One of the show’s bachelors has bailed one week before shooting starts. She not only needs a replacement ASAP, he has to get the temperamental bachelorette’s stamp of approval.

Fortunately there’s a hot guy right under her nose who’s a perfect fit. Unfortunately, he pushes all her hot buttons. Until the show’s over, her hands—and every other part of her body—are tied.

When Paul Dewitt signed on to write for the reality show, “Bachelor #10” wasn’t supposed to be in his job description. He fully expects to be cut early on, which will free him to focus on the real object of his attraction. Monica.

Instead, he’s a finalist, and they’re all packed in an SUV climbing the Continental Divide, headed for Salt Box, Colorado. Where stampeding horses, vindictive tabloid editors, and one capricious bachelorette’s waffling over suitors may conspire to end Paul and Monica’s romance before it even starts.

Product Warnings
Contains hot sex on the sly, cold nights, creaking wicker couches, and a gypsy wagon that gives a whole new appreciation for the pioneers.
And you can pick it up here: https://www.samhainpublishing.com/book/5450/finding-mr-right-now
Posted by Kate Davies at 6:22 PM No comments: